skip to main | skip to sidebar
"Every man is a damn fool for at least five minutes every day; wisdom consists in not exceeding the limit." Elbert Hubbard

Can it happen here? 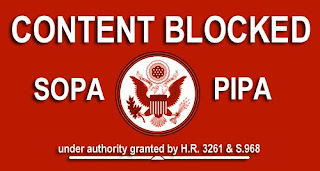 It can if we don't stand up for ourselves. I made a promise to myself not to get political on this blog. But this and certain related issues are just too damned important. We must speak up, loudly, against these threats to creative freedom and expression.

No, not loudly but with a primal scream of outrage and indignation. Last I checked the 1st Amendment to the Constitution reigned supreme. But here we see attempts to chip away at that guarantee of freedom of expression.

I have not spent my entire adult life up until now as a soldier, protecting and defending those very same rights enshrined in our Constitution, to see them eroded.

Congress shall make no law respecting an establishment of religion, or prohibiting the free exercise thereof; or abridging the freedom of speech, or of the press; or the right of the people peaceably to assemble, and to petition the Government for a redress of grievances.

This is only the tip of the iceberg though...and it's the part you can't see that is the most dangerous. Such as what the Department of Homeland Security is up to.

Are we prepared to gently slide into an Orwellian nightmare future for the sake of dubious security measures? To have have the Thought Police monitor every single bite on websites, blogs, and social media. It's for our own safety and security of course...

I call BULLSHIT on this. You should too. Contact your elected representatives down in D.C. and let them know in no uncertain terms how you feel about SOPA and PIPA. Call or e-mail them today. Flood the switchboards of their offices and overwhelm their e-mail servers. I'll even help you find your Senator and Congressional Representative.

While you're at it, let them know how you feel about the DHS data-mining the internet as if we're all potential terrorists. Which by the way, is what returning veterans were labelled in a 2009 report disseminated by the DHS to law enforcement agencies nationwide. The report was changed rather quickly after howls of outrage by veteran's organizations, but still...if they can think and publicly say this about the ones doing the real fighting against terrorists, what about you?

I know I'm already on a watchlist. How do you feel about being put on one for reading this?

"To see what is in front of one's nose needs a constant struggle." George Orwell
Posted by Old Sarge at 5:31 AM

Old Sarge
The Jersey Shore
Veteran (28 years, been there, done that), scribbler of words, amateur cook and baker, film snob, bibliophile, imbiber of scotch, beach bum, Noo Yawkuh no matter where I live.

THE SACRED UNIVERSE: Earth, Spirituality, and Religion in the Twenty-first Century by Thomas Berry

Show a soldier you care

Not just for veterans

Weather down the shore